​​​Our Lady of the Visitation Catholic Church

Shippensburg Knights of Columbus Council #12551 has earned the distinction of Star Council, one of the organization's top awards, for the 2014-2015 fraternal year. The organization's headquarters, located in New Haven, Connecticut, made the announcement. The award recognizes overall excellence in the areas of membership recruitment and retention, promotion of the fraternal insurance program, and sponsorship of service-oriented activities. The ward was presented to the membership by RIck Carriveau, PA Knights of Columbus State Treasurer, at a recently held special ceremony.

In announcing the local winner of the Star Council Award, Carl A. Anderson, chief executive officer of the organization, said, "Please accept my sincere congratulations upon attaining this prestigious award. Your dedication to the Order is seen in the high standard of excellence you have achieved. At the same time, I encourage you to carry forward this enthusiasm to meet the challenges that will face the Knights of Columbus in the years ahead. May this award be a reminder and an inspiration to the members of your council to continue to promote the ideals of Columbianism for the good of the Church, your community, and the Order."

The Knights of Columbus is the world's largest Catholic fraternal service organization.  It was founded by The Venerable Father Michael J. McGivney in New Haven, Connecticut in 1882, and named in honor of Christopher Columbus.  Originally serving as a mutual benefit society to low-income immigrant Catholics, it developed into a fraternal service organization dedicated to providing charitable services, promoting Catholic education and actively defending Catholicism in various nations.

There are more than 1.8 members in 15,000 councils, with nearly 200 councils on college campuses.  Membership is limited to "practicing Catholic" men aged 18 or older.  Membership consists of 4 different degrees, each exemplifying a different principle of the Order.  The Order is a member of the International Alliance of Catholic Knights.

Councils have been chartered in the United States (including Puerto Rico and the Virgin Islands), Canada, Mexico, the Caribbean, Germany, Guatemala, Panama, the Dominican Republic, the Philippines, Guam, Spain, Japan, Cuba, and most recently in Poland.  The Knights' official junior organization, the Columbian Squires, has over 5,000 Circles.

If you desire to improve your community:

If you want to support the Church and grow in your faith:

If you believe in family values:

If you want to associate with people who share your beliefs and interests:

If you have concerns about financially protecting your loved ones:

If you are a practicing Catholic man at least 18 years of age:

If you want to be part of an organization that promotes Faith, Families and Fraternity, then consider  joining:

The KNIGHTS of COLUMBUS.

In receiving this award, both Grand Knight JosephE. Kutlik and Past Grand Knight Rich Bonitz proclaimed that this is quite an honor for our local council, and we are extremely proud of this accomplishment.

The Knights of Columbus is the world's largest Catholic lay organization. It provides members and their families with volunteer opportunities in service to the Church, their communities, families and young people.  With more than 1.8  million members in over 15,000 councils around the world, the Knights of Columbus annually donates more than $170 million and 70 million hours of service to charitable causes. 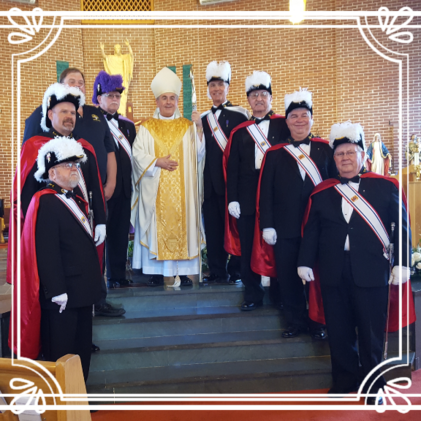 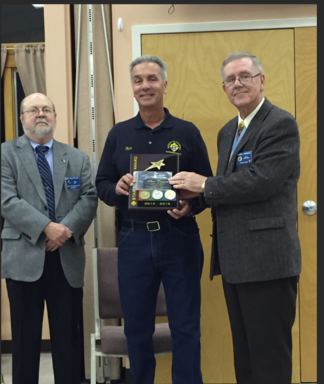 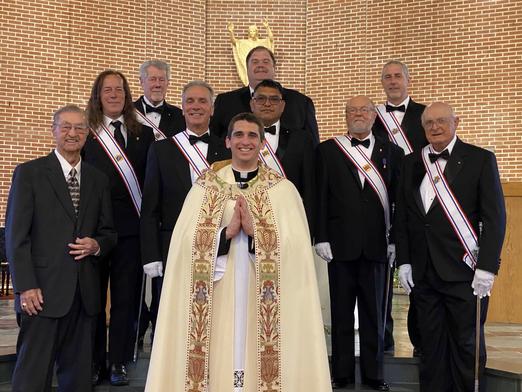 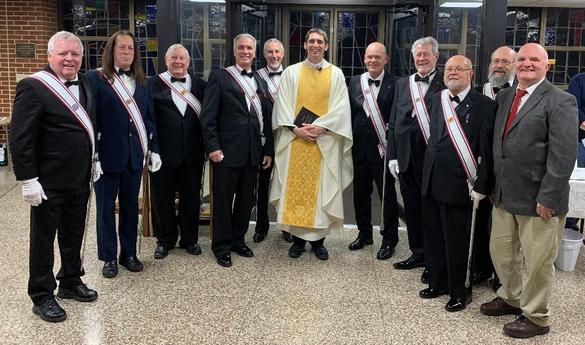 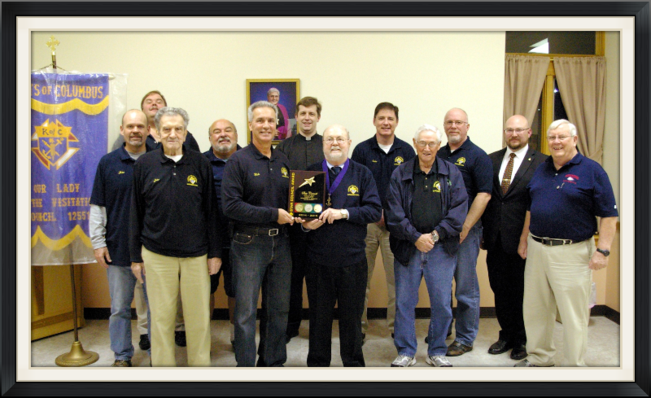 Our Lady of the Visitation, Shippensburg