​​​Our Lady of the Visitation Catholic Church

Our Lady of the Visitation, Shippensburg

​Find out more about Undefeated Courage by visiting their website at​ ​www.undefeatedcourage.org

Do You or a 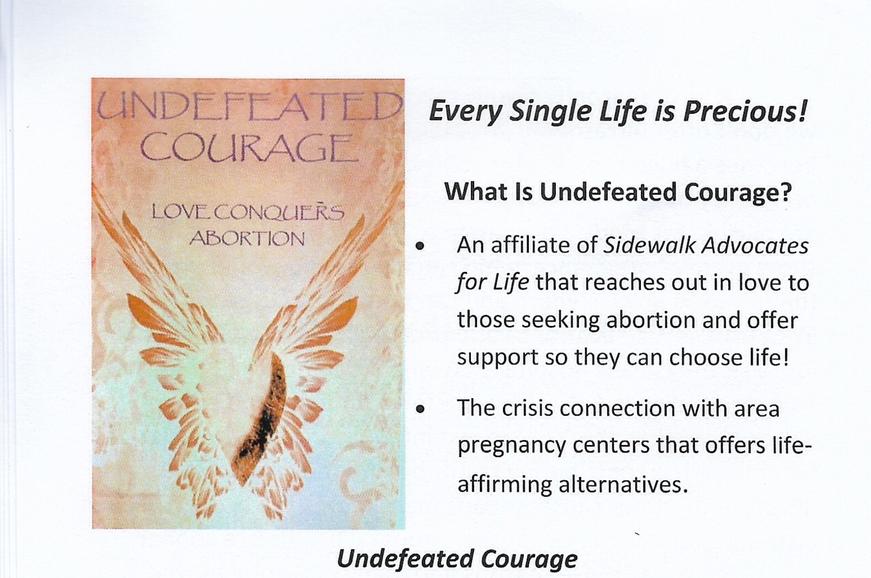 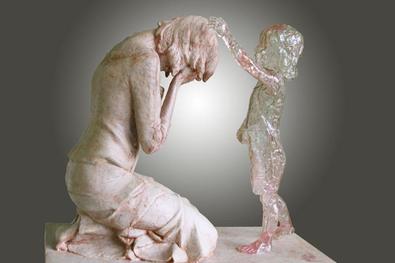 The Dangers of the Birth Control Pill​

​In 1965 The American College of Obstetrics and Gynecology "quite abruptly accommodated birth control promoters by publishing a new definition" of conception.  The new definition was defined as the implantation of a fertilized ovum.  Implantation of a fertilized ovum takes place several days after fertilization. Until this date, all medical communities were in agreement that a pregnancy began at conception, which was the same as fertilization, when the egg and the sperm meet to form a new unique human being.  The reason for the new definition was CRITICAL in getting Christians to use oral birth control pills and the IUD.  But the dark truth was the birth control pill and the IUD were abortifacients.  If fertilization occurred while using these contraceptives the fertilized ovum would be unable to implant into the lining of the uterus because the side effects of these drugs and devices made uterine lining hostile to new life.   Therefore these early pregnancies ended in early abortions.

​1.  Women taking oral contraceptives are more likely to be treated for depression.  (Many studies have shown this correlation.  However, a recent study done in Denmark on over one million women over 19 years shows teenagers between 15 and 19 on oral contraceptives are at an 80% increase for depression.)
2.  The Birth Control Pill is group 1 carcinogen according to World Health Organization.  As such, the pill shares the same cancer-causing classification as tobacco, asbestos and diesel exhaust.  During the month of October do you see any information about the link between the Pill and Cancer?
3.  The Pill can terminate a woman’s natural hormone production, compromise future fertility, trigger polycystic ovarian syndrome and reduce serotonin and melatonin.
4.  The Pill can cause insulin sensitivity, nutrient deficiencies, gut issues, candida (yeast infection) overgrowth, lowered muscle gain from exercise, higher risk of stroke and heart disease, reduced bone density and changes to immunity.

Martin, who named the work “Memorial for Unborn Children,” said the sculpture also “expresses hope which is given to believers by the One who died on the cross for us, and showed how much He cares about all of us.”

The memorial is one that invokes forgiveness and healing to post-abortive mothers and fathers.  Click here to read more..

Educate Yourself with the Beautiful Teachings

of the Catholic Faith!

-someone who gets it-

-someone who understands what you went through-

-someone else who had an abortion and can talk with you about your experience?

If so, then come to the

Everything is totally confidential! ​